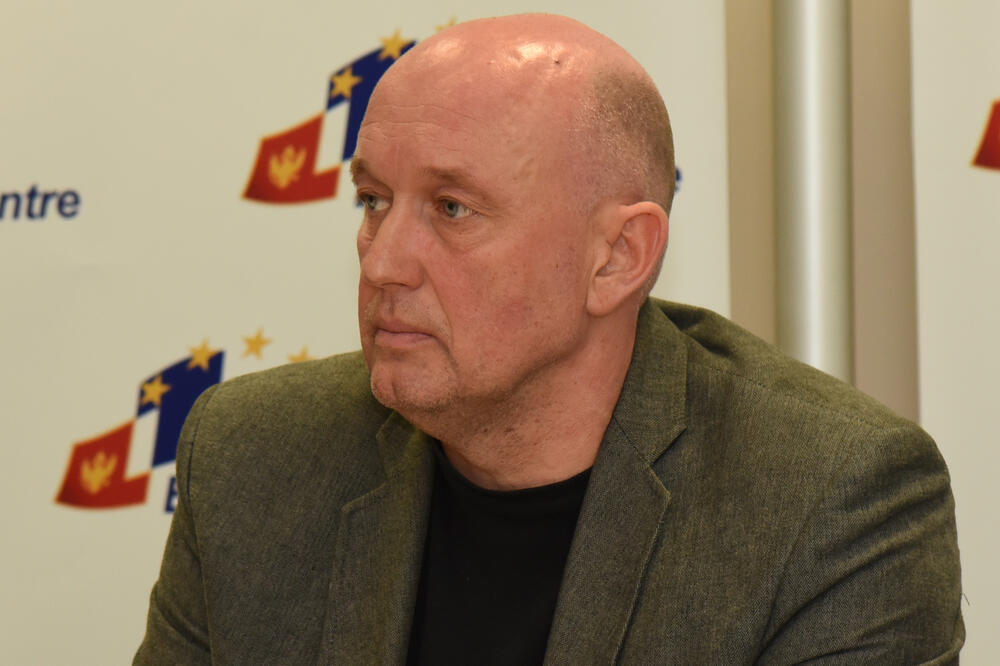 The opposition in Montenegro won the August general elections on the wave of popular discontent over the law on religious freedom, but this issue was just the tip of the iceberg that brought people on the streets. Beneath the surface, Montenegro suffers from systemic corruption, organized crime, dysfunctional institutions and lack of public responsibility – diseases that have developed over the 30 years of Democratic Party of Socialist (DPS) rule.

Newly elected Government decided not to bring to question painful identity issues and foreign policy commitments of Montenegro as a member of NATO and EU candidate country, but pledged to engage in a fierce fight against corruption and organized crime.

Dritan Abazović, Vice-President of the Government, in charge of the security sector, said that the Government aims to increase transparency, make decisive steps in fighting corruption and organized crime and to support the National Assembly in electoral reforms.

Easy to say but very hard to do.

The Government has the support of 41 out of 80 MPs in the National Assembly but the coalition partner Democratic Front (DF) is not satisfied with not having a share in power, so it only nominally supports the Government. This means that the Government needs to fight for every legislative proposal and cannot take the parliamentary support for granted.

The other challenge comes from the cohabitation with the President of Montenegro and DPS Milo Đukanović. Đukanović will try to make Government’s endeavours difficult, which he already showed by initially refusing to proclaim several laws that National Assembly adopted, including the revised law on religious freedom. Although Đukanović as the President of the State doesn’t hold a lot of power according to the Constitution, and his party is losing popular support, having been in power for 30 years still makes him a dangerous political opponent.

The third and the most serious obstacle is the composition of the institutions responsible for fighting corruption and organized crime such as judiciary, prosecution, police and intelligence service.

In their latest analysis, a think-tank from Podgorica Institut Alternativa stated that the control over judiciary and prosecution is still in the hands of DPS, which has dominantly influenced their composition for decades.

“This is the key obstacle for fulfilling the political promises of the new Government”, the analysis reads.

Having in mind all this, we talked to the experts from civil society organizations about capacities of the Government to fulfil the promises made to citizens and whether early elections could bring more stable majority and be the solution for untying the knot and evading a possible crisis.

One of the first major steps the Government undertook was letting go of the Director of Police and the Director of the Agency for National Security (ANB) with an aim to bring changes in the work of police and intelligence service.

In the opinion of Boris Marić, Executive Director of the Centre for Civil Liberties (CEGAS) the changes in the Police and ANB are signs that the Government started dealing with difficult systematic problems, including enormous public debt and shutting down of the national airline company.

“All these changes are bases for investigations in order to shed light on corrupt businesses, ties with organized crime and the emergence of organized criminal groups. When we see economy on the brink of collapse and institutions left devastated and meaningless, it is not difficult to conclude that endemic corruption existed“, Marić pointed out.

He said that the Government can do a lot in discovering high-level corruption in the heart of state institutions, but that there is a serious obstacle in the judicial and prosecutorial system.

„This branch of power remained intact and currently there is no mechanism for anything to seriously be done. I think this is the most serious threat to the state of democracy in Montenegro and to the security of the society. Political subjects needs to find a model to sit together and open this hot topic in a EU mediated dialogue“, Marić said.

Jovana Marović, Executive Director of the Politikon Network has a similar opinion when it comes to expectations from the Government and concerns regarding the judiciary.

“By changing the government after 30 years, conditions are met to break the deadlock in fighting corruption and organized crime, at least when it comes to the activities in authority of the Government. These activities will certainly be under the eye of the National Assembly, where opposition will criticize every step and the support of the governing majority will be on the thin ice”, Marović said.

She also said that the conditions of the judiciary are not encouraging, while the Agency for Prevention of Corruption should significantly enhance its work.

“It is expected that the Government start a number of initiatives, continue to reveal and make misconducts transparent, improve strategic framework”, she said and added that certain steps have been taken to change the institutional framework, such as the creation of the advisory bodies.

“The remaining steps will depend on making a compromise in the National Assembly with the opposition in order to make important appointments in judiciary and start reform of this branch of power”, Marović concluded.

And just how difficult it is to make substantial changes in the judiciary can be seen from the Institut Alternativa’s analysis which states that the key and the final decisions in fighting corruption and organized crime lays in the hands of Special State Prosecutor’s Office and Special Police Department.

But in order to appoint a new Supreme State Prosecutor, 3/5 majority needs to be established in the National Assembly, which means that support of at least one MP from Democratic Party of Socialist is needed.

“Even if new parliamentary majority has the best candidate which is acceptable to the Social Democratic Party, Bosniak Party and Albanian MPs, there is still 1 vote controlled by DPS in order to gain the 3/5 majority”, the report states.

For Boris Marić, the fight against the high-level corruption and organized crime depends on the judicial system, its strength, dedication, professionalism and independence. He says that finding solutions for going out of the deadlock in judiciary lies in the hands of National Assembly, but also highlights that the EU might have an important role in this process.

„It is clear that without serious negotiations in the National Assembly there is no serious reform of the judicial system. I believe that in this specific case mediation by the EU is needed“, Marić pointed out.

He also said that the seriousness of the problem is demonstrated by the fact that no candidates applied for position of the President of the Supreme Court.

New elections as the solution for breaking the deadlock?

Vladimir Pavićević, Director of the Society for Research of Politics and Political Theory, thinks that the lack of unity in the parliamentary majority, inability to form a government which would be supported by the minority parties and appointments made by the Prime Minister Krivokapić are the reasons for considering this Government “interim” and that the early elections are to be expected in 2021.

Summing up the first two months of the Government’s work, Jovana Marović stated that both positive and negative trends could be observed, but there is hope that the Government will make positive changes. In her opinion, on the one hand the Government has hastily enacted a number of decisions – it started changing the laws without public consultations and public discussions, announced the creation of a new national airline company which was met with criticism by a large part of the public, as well as the decision on taking new loans and certain appointments.

„Communication strategy of the Government is non-existent, and there is an impression that the coordination between the ministries and ministers is weak“, Marović added.

On the other hand, the Government demonstrated sensibility in accepting criticism, and also a number of meetings were held with the business sector. All that indicates that the Government is willing to listen to the voice of different groups and act accordingly.

„It is good that, at least for the time being, there are no signs of changing the foreign-policy direction of the country“, Marović said.

In her opinion the Government first needs to take the maximum benefits out of the current situation before thinking about the new elections which might provide a more stable majority in the National Assembly.

Boris Marić also believes that the fight against corruption does not necessary require holding new elections, because that wouldn’t change much in the overall distribution of seats.

“Maybe early presidential elections are needed more than the elections for the National Assembly”, he said.

Marić also believes that the Government will give a stronger impulse in fight against corruption and organized crime which does not leave room for Special Prosecution to remain passive.

“The negotiation process with the EU will probably push the opposition to be cooperative about finding solutions for problems in the judiciary. It won’t be an easy period, but I believe the Montenegrin society will go in the direction of strengthening institutions which is the key to the problem. The elections are inevitable, and for democracy it is good that every government and its results are put on the election test”.

Although it seems that the sun in setting on the rule of the President Đukanović, future governments dedicated to fighting corruption will be haunted by the ghosts of his legacy. Working on deconstructing of the corrupt system and preserving foreign policy achievements, while carefully balancing the identity and religious issues, will be the skills which all governments will need to master.